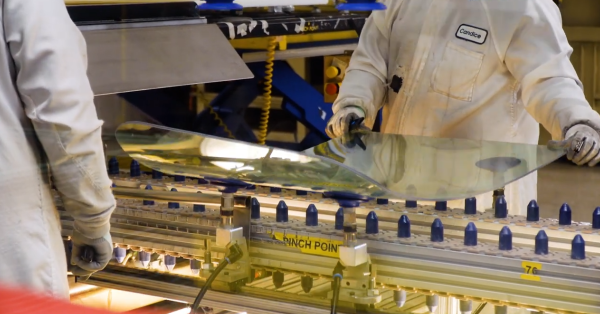 Custom Glass Solutions (CGS), North America’s leading producer of large format, laminated glass systems, recently announced major growth initiatives at both of its Ohio manufacturing locations. CGS has been operating since 1974 in Upper Sandusky and expanded operations to Fostoria in 2019.

Over the next three years, the growth projects will account for 148 new full-time jobs between the two locations, with an associated new annual payroll of nearly $6.4 million, exclusive of benefits. CGS will also retain 419 existing jobs and make significant investments in fixed assets at both facilities over the same period. The total investment with these expansions is expected to exceed $25 million.

With three facilities in Ohio, CGS employs 500 people and prides itself on its talented and resourceful workforce.

“Our people are our lifeblood,” said Deana Piekos, Director of HR for CGS. “State and local partnerships enhance our ability to reinvest in our workforce and add the manufacturing assets required to sustain our accelerating growth trajectory.”

“Custom Glass Solutions has been a tremendous addition to the Fostoria community, and we are excited to assist them in their new investment and growth. It is always a pleasure to work with a progressive company that places such value on its workforce,” said Renee Smith, president of Fostoria Economic Development Corporation.

“10.9 million in capital investment, 52 new jobs and the retention of 299 jobs accounting for $13.3 million in annual payroll is a significant project in any community, and especially significant in a rural community such as Upper Sandusky,” said Greg Moon, executive director, Wyandot County Office of Economic Development. “Custom Glass Solutions has been a fantastic supporter of the Wyandot County Community for many decades, and this most recent project shows its ongoing commitment to local profitable growth for years to come.”

Support for the project includes an economic development grant from JobsOhio for fixed asset investment as well as talent acquisition services to support workforce recruitment and retention. This support, combined with a recent $375,000 award from Ohio Development Services Agency for reimbursable wages from the Incumbent Worker Training Program last November, shows a significant commitment to Custom Glass Solutions’ growth efforts in Northwest Ohio.

vehicle owners to coordinate glass replacement services. The company operates out of three facilities in Ohio and one in Pennsylvania.